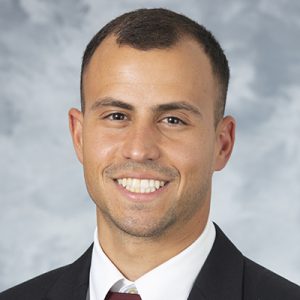 Aviv was born in Jerusalem but grew up mainly in Sunnyvale, CA. He attended the University of California Santa Cruz where he studied Biochemistry and tried to surf as much as possible. He then spent two years in the Bay Area working in a lab that studied pediatric cancer genomics. He is a Midwest convert, having gone to medical school just outside Detroit and now living in Madison. When not in the hospital, Aviv enjoys working out, biking and rock climbing at locations throughout the United States. His new favorite rock-climbing location is Devil’s Lake State Park in WI (look it up!)