The mission of the Liu lab is to advance the fundamental knowledge of biology and contribute to healthy living through research and therapeutic development. Toward this mission, Dr. Liu and her trainees are engaged in multiple basic and translational research projects. Their experimental approach utilizes a combination of cutting-edge technologies including CRISPR-mediated gene editing, single cell RNA sequencing, proteomics, and gene therapy. Current basic research topics include cell fate determination, programmed necrosis, inflammation, epigenetics, as well as matrix biology. The translational research of the lab focuses on pathophysiology, diagnosis, and treatment of aortic aneurysm and venous thrombosis. To effectively study human disease, Dr. Liu has established productive collaborations with basic scientists and clinicians from a wide range of scientific and medical disciplines.

Dr. Liu is a passionate mentor who is committed to training of next generation of cardiovascular investigators. She has built a laboratory that fosters innovation, independence, and collaboration. She also directs/co-directs several training programs for trainees at various stages.

Abnormal cell death contributes to the pathophysiology of multiple human diseases. Owing to recent scientific advances, we now know that cell necrosis, previously thought to be incidental, can be regulated by intracellular signaling mechanisms. Necroptosis is a form of regulated cell necrosis that requires activation of receptor interacting protein kinase 1 and 3 (RIPK1 and RIPK3). Dr. Liu and her trainees are the first to demonstrate that necroptosis is an important pathological event contributing to the development of aortic aneurysm, a common vascular disorder characterized by progressive weakening and dilatation of aorta. Their more recent data suggests that RIPK3 contributes to venous thrombosis as well. The group has discovered a novel class of inhibitors to RIPK1 and RIPK3 that show high therapeutic potentials.

Currently, the Liu group investigates two fundamental questions in the context of vascular disease: how RIPK3 is regulated and how it signals. The group has shown that diseased blood vessels contain higher levels of RIPK3 than normal vessels. Subsequent studies using mouse models suggest that a transcription enhancer may be responsible for the epigenetic regulation of the Ripk3 gene. A new mouse line that bares the mutation of the enhancer was created using CRISPR-Cas9 gene editing technique.

Compared to apoptosis, the signaling mechanism required for necroptosis is less understood. Prior studies identified that phosphorylation of MLKL by RIPK3 is a critical event. The Liu lab investigates other potential RIPK3 substrates and their roles in necroptosis of vascular cells.

screening chemical libraries. The therapeutic potential of the new inhibitors was demonstrated in mouse models of aortic aneurysm as well as venous thrombosis. Through collaboration with chemists in School of Pharmacy, the Liu lab is working on translating their inhibitors into therapies. In addition, the group is working on establishing the role of plasma RIP3 as a biomarker for aortic aneurysm. 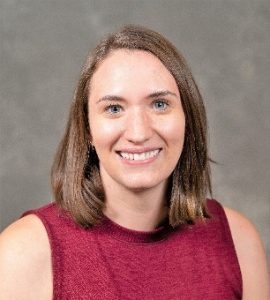 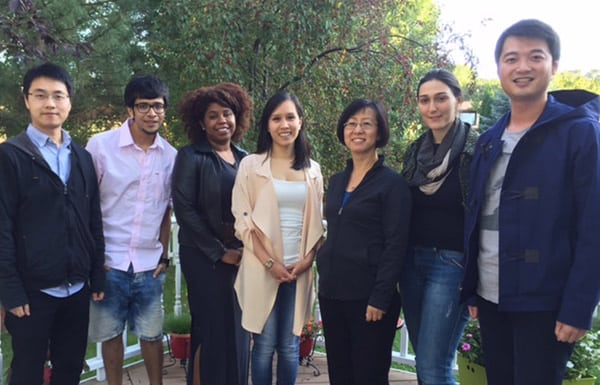