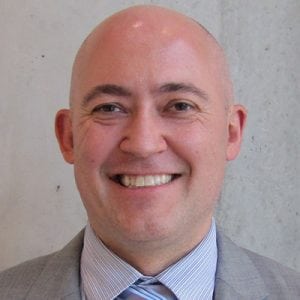 Brooks is originally from Pendleton, OR, in the rural Northeast corner of Oregon. He attended Willamette University, graduating in 1998 with a BA in Chemistry. He then worked as a research technician, lab manager, and clinical trial coordinator, initially studying drug and alcohol abuse, then turning his focus to prostate cancer. He graduated from the University of Rochester School of Medicine and Dentistry in 2014. Brooks is expected to finish his general surgery training in 2021.

Outside of his residency and research training, Brooks enjoys spending time with his wife, Katie. Together, they enjoy dinners out at many of the restaurants, joining with co-workers and co-residents at the Memorial Union Terrace, and traveling to see friends and family.