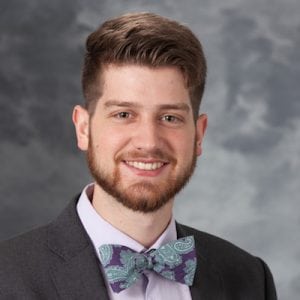 Originally from Toronto, Canada, Ethan grew up in Scarsdale, New York. He went to Wesleyan University in Middletown, Connecticut for undergraduate. After undergraduate, he went to Harvard Medical School, where he met his wife, Elise. He couples matched at UW with Elise in plastic surgery and vascular surgery, respectively. While rotating on plastic surgery as a medical student, Ethan was struck by the sheer variety of cases and the versatility of the surgeons. Outside of UW, Ethan enjoys cooking, brewing beer, and mixing up some delicious cocktails (he is often the resident mixologist at resident gatherings).