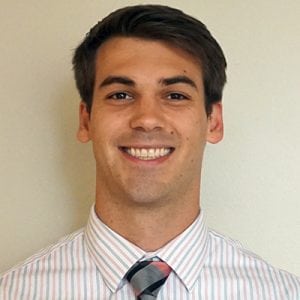 While at UC, Kevin was involved in the student government and clinical research at Cincinnati Children’s Hospital. He ventured up north to the University of Wisconsin for general surgery residency, with goals of becoming an academic surgeon in pediatric or transplant surgery.

In his free time, Kevin seeks out adventure by the lake or in the mountains. He likes skiing, playing soccer, and running. He is going to be entering lab years with Dr. Josh Mezrich, studying transplant immunology. He is an avid college basketball fan of the Flyers, Bearcats, and the Badgers, and is thrilled to be at a school that can consistently beat Xavier.