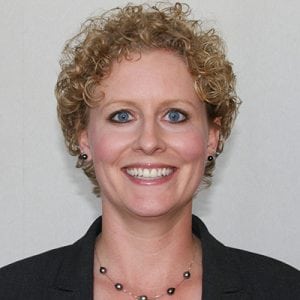 Dr. Trista Stankowski-Drengler is a general surgery resident in her second of two dedicated research years. Originally from central Wisconsin, Trista graduated with a BS in Clinical Laboratory Science from the University of Wisconsin-La Crosse in 2006. Before attending medical school, Trista worked in a clinical laboratory at Mayo Clinic in Rochester, Minnesota, focusing on testing for blood disorders, such as multiple myeloma and amyloidosis. Trista obtained her medical degree from the University of Wisconsin School of Medicine and Public Health (UWSMPH) in 2015, graduating with research honors and elected to Alpha Omega Alpha (AOA) Honor Medical Society. She was also selected as the 2015 UWSMPH Houghton Award recipient awarded by the Wisconsin Medical Society to those who demonstrate promise of becoming a “complete physician.” Dr. Stankwoski-Drengler was also awarded a year-long ICTR-Shapiro Research Fellowship which allowed her to participate in cancer research, focusing primarily on breast cancer outcomes and their relation to mammography and diabetes. She is expected to complete her general surgery residency in 2022.

Trista is currently under the mentorship of Dr. Heather Neuman with a research focus on breast cancer outcomes. Dr. Stankowski-Drengler is currently working on several projects with her primary focus being on assessing recurrence and survival outcomes of women with stage II and III breast cancer who receive neoadjuvant chemotherapy. She is also working towards a master’s degree in clinical investigation. Her clinical interests are in the field of surgical oncology, colorectal surgery, and trauma/clinical care. She is interested in a future career as an academic surgical oncologist.